Unlike Toronto (which is facing a possible bursting of its real estate bubble) Brampton has a sunny future with respect to real estate. The economy here is strong, stable and showing robust signs. 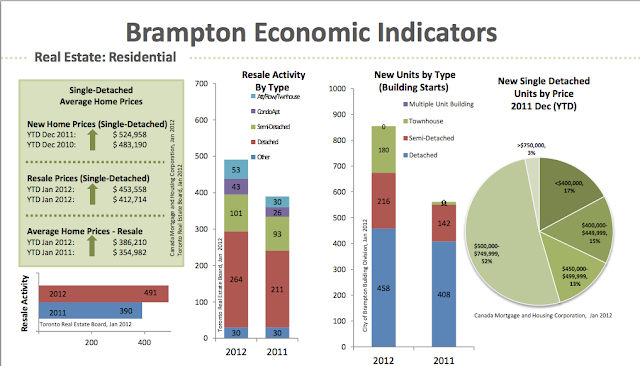 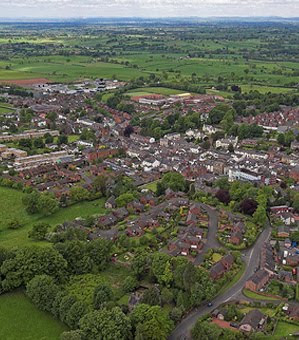 Brampton is a city with a lot of room to grow. The city is home to over 8,000 thriving businesses and is a haven for business entrepreneurs. It is also an excellent business opportunity for people looking to invest in real estate since Brampton's local economy is growing strong.

#2. Brampton is the 9th largest city in Canada and the third largest in the Greater Toronto Area.

#3. With a population of 523,911, Brampton is the second fastest growing city in the country of municipalities with populations more than 100,000.

Brampton's booming economy, local industry and thriving businesses make it a great place to live and to invest.
No comments:

Email ThisBlogThis!Share to TwitterShare to FacebookShare to Pinterest
Labels: Businesses in Brampton

Charles Moffat's Quest to trade up to a Condo 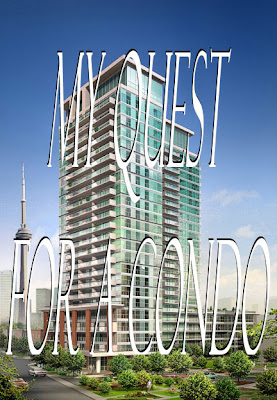 I came across Charles Moffat's blog "My Search for a Home" when browsing websites about Toronto real estate. His site is basically a real estate news commentary blog, but it also serves a 2nd purpose.

He is looking to get a property of his own, and like many young first time home buyers he is worried about how he is going to purchase his home.

However Moffat's blog had a different approach. He doesn't want to purchase a house. Instead he is looking to BARTER for it by trading one item for another and then another and keep trading up until he eventually gets a condo (apparently he just likes condos). He called his plan "My Quest for a Condo".

He started with a Hot Wheels 2008 Dodge Challenger. A toy, but an interesting start to his quest.

I was struck by the novelty of it. It was a fascinating idea. So I emailed him at charlesmoffat@charlesmoffat.com (I was impressed by his email address too) and proposed a trade.

I had in my possession a Mastercraft Digital Multimeter Kit that I didn't really need and knowing I would also get advertising from Moffat's blog for trading with him I figured it was a very good investment of my time and would increase my closet space.

We met, we made the trade and I've been very happy with it. I think I lucked out by getting in on his quest early on and it is apparently now going viral with him getting newspaper interviews and being on CBC Radio. He has already traded away what I gave him for a bicycle (from a toy car to a bicycle in 2 trades is pretty impressive) and is currently working on his next bigger trade.

According to his estimates it will take maybe 17 to 30 trades to get a condo.

I say MORE POWER TO HIM. Savvy people like that who take something small, add a lot of ambition and turn it into something amazing deserves the attention and to succeed.
No comments:

Email ThisBlogThis!Share to TwitterShare to FacebookShare to Pinterest
Labels: One Blogger's Quest for a Condo 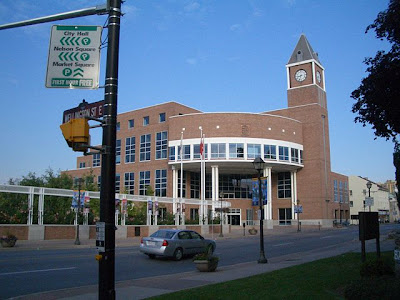 Brampton is the third-largest city in the Greater Toronto Area of Ontario, Canada and the seat of Peel Region. As of the 2006 census, Brampton's population stood at 433,806, making it the 11th largest city in Canada. It is also one of Canada's fastest growing municipalities, with an average annual growth rate (2001–2006) of 6.6%. With a median age at 33.7, it is the youngest community in the GTA. Brampton was incorporated as a village in 1853, taking its name from the rural town of Brampton, Cumbria, England.

Brampton was once known as The Flowertown of Canada, a title it earned due to the city's large greenhouse industry. This included Dale's Flowers, a company that won many international rose awards for nearly half a century. Today, the city's major economic sectors include advanced manufacturing, retail administration and logistics, information and communication technologies, food and beverage, life sciences and business services. It houses the national headquarters of Loblaw Companies, HBC/Zellers, Bacardi, Brita and Clorox and other companies. 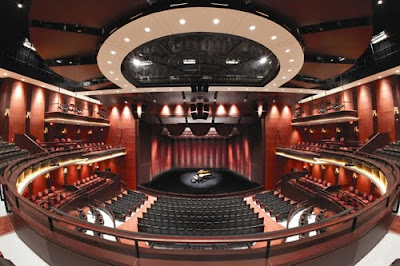 There are several cultural entities in the city under the umbrella of the Brampton Arts Council. These include Visual Arts Brampton, the Brampton Historical Society and the Brampton Symphony Orchestra. Also in the city is the Peel Heritage Complex, which is run by the Region of Peel.

The Rose Theatre (originally the Brampton Performing Arts Centre), billed as "a cultural and tourist destination that will attract significant new business to surrounding restaurants, shops and services", opened in September 2006. The City says that the facilities are expected to generate $2.7 million in economic activity the first year and grow to $19.8 million by the fifth year. Despite some cynicism, the Rose Theatre attracted over 137,000 patrons in its inaugural year, surpassing its original five-year goal. Since then, numerous new businesses have opened in the vicinity of the theatre and its Garden Square, where a new Fountain Stage was unveiled in June 2008. 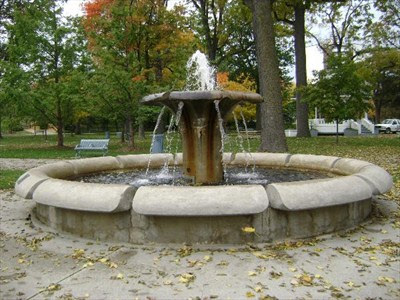 Brampton's only public higher education institution is Sheridan College, which also has a campus in Oakville. Founded in 1967, it is known for its animation and illustration courses, music theatre performance program, and craft and design program. Sheridan has the second largest school of Art and Design in North America. 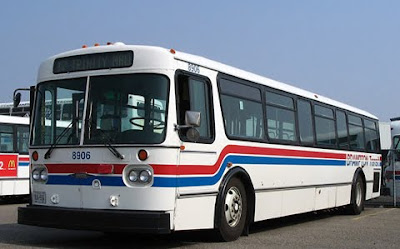 Local transit is provided by Brampton Transit, with connections to other systems such as Mississauga Transit, York Region Transit, and Toronto Transit Commission. Brampton is currently planning a new Bus Rapid Transit system, "Züm" (pronounced Zoom), previously known as AcceleRide along Main/Hurontario and Queen Streets, which would form the backbone to its bus network. Züm received funding from the provincial government in 2006 to begin implementation of this system. The fare is $3.00 for single adult transfer which is valid for 2 hours. There is GO Bus service to York University and subway stations at Yorkdale Mall and York Mills in Toronto.

Both Canadian National Railways and the Orangeville-Brampton Railway short line (formerly part of the Canadian Pacific Railway line) run through the city, CN's Intermodal Yards are located east of Airport Road between Steeles and the former Highway 7/Queen Street East. The CN Track from Toronto's Union Station, is the Georgetown GO Transit Rail Corridor providing commuter rail and bus services to and from Toronto with rail station stops at Bramalea, Downtown Brampton, and Mount Pleasant. VIA Rail connects through Brampton as part of the Quebec City-Windsor Corridor.

The Canadian Urban Transit Association estimates that Brampton Transit is growing three times faster than the national average, due to the increase in services and the real estate developments in the north end of the city. All of this indicates that Brampton is indeed continuing to grow at a healthy pace!
No comments:

Email ThisBlogThis!Share to TwitterShare to FacebookShare to Pinterest
Labels: About Brampton 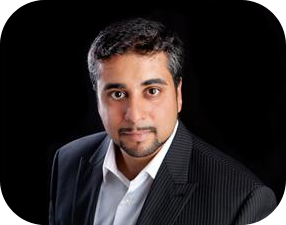 My name is Ryan and this is my real estate blog.

Real Estate is a people oriented industry. The Client comes first and that means service. I am dedicated to providing you with the highest quality service possible. My personal knowledge of the local Real Estate market in Brampton is combined with the power of the CENTURY 21 brand - the most recognized name in Real Estate today.

Let me learn how to assist you. I believe every home is different and so is every buyer and seller. It takes special consideration to get the job done right, and that's what I'll give. You may be looking for a starter rental property to launch your real estate portfolio, or you've been a tenant for too long and want to pay your own mortgage. I have my own investment properties and I truly see a mortgage as an investment in your future.

I am well seasoned, resourceful, ready to negotiate, and looking at the market everyday!

Let me assist you in finding your next investment, my advice can save you money and earn you hundreds of thousands!!!

Let's get together and figure out a plan. If you know where you want to go, I will use my experience and help get you there faster and smarter. 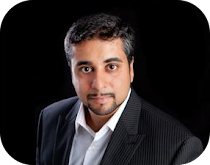